A massive cyber attack is happening right now in Ukraine. It has left airport systems and power provider crippled.

It read: “Warning: Do not turn off your PC! If you abort this process, you could destroy all of your data!”

The arrival and departure notification section on the website of Kiev’s Boryspil International airport was not functioning. Pointing blame on a “spam attack,” the airport’s director Pavlo Ryabikin warned that flight delays were possible.

In a statement, Ukraine’s central bank said it had “warned banks and other financial market participants about an external hacker attack on the websites of some Ukrainian banks, as well as commercial and public enterprises, which was carried out today.”

“As a result of these cyberattacks, banks experience difficulty in servicing customers and performing banking operations,” it added.

Several businesses and governments around the world have been hit by cyberattacks. Reuters reports suggest the attack is a modified version of the WannaCry ransomware virus that affected hundreds of thousands on computers in May.
These are some of the companies which have reported attacks:
The Ukrainian government and Kiev airport have also been targeted.
Mondelez International also reported it was experiencing technical problems, but was unclear if this was related to a possible cyberattack.
A Swiss government agency says there are indications the Petya ransomware virus is circulating again. The Petya virus was blamed for disrupting systems in 2016. It says Ukraine, Russia, England and India are the most affected so far.
Oil price surged 2%
The global cyberattack has so far hit Russia’s Rosneft . Shipping company Moller-Maersk’s computer system is down as a result of the cyberattack.
The continued reports of these attacks, hitting various countries and businesses, is causing oil prices to surge. Crude prices are now up more than 2 percent. 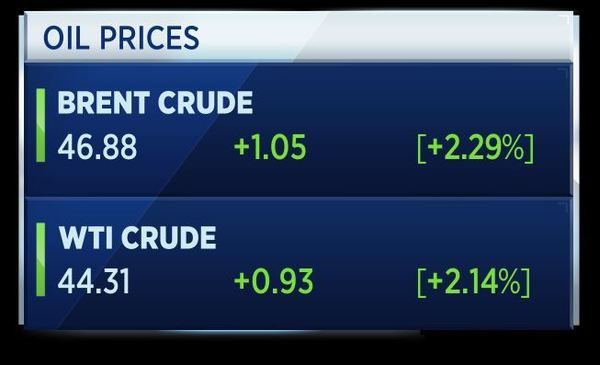