Singapore’s TPG network has been doing it’s trial for a few months. This new comer has brought serious competition to the local 4G scene.

TPG only deployed a 4G network only. Thus, it requires VoLTE to be provisioned before you can make calls. Unfortunately, only a few Huawei/Honor and Samsung models are certified to work. Some Xiaomi/Redmi models will work but there might be some strange issues. See our review of TPG Trial for a list of handsets that works with TPG VoLTE.

Lately, we were testing the Honor 10 Lite smartphone. This smart phone can be considered an entry smartphone based on the Kirin 710 which is similar to that of Huawei Nova 3i. Priced at S$288, it has a better camera which is pocket friendly for those who are looking for a phone that has Dual LTE SIM support and works with the free TPG Trial’s SIMs. It can also make calls via VoLTE on TPG network.

The AIS Super Night Shoot takes impressive night shots within 6 seconds of exposure with anti shake feature. (We will be going a review of this phone soon). 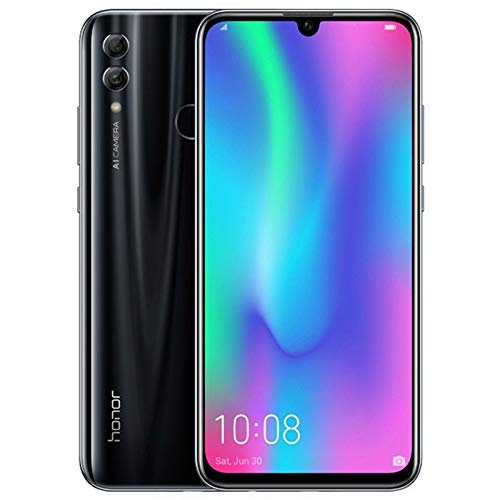 In our ongoing test with the Honor 10 Lite, we noticed that this phone has a special option we have never seen before. It is VoWIFI. – Voice Over WiFi.

So what is VoWIFI ? VoWIFI is the delivery of commercial telephony services using Voice over IP (VoIP) technologies from mobile devices connected across Wi-Fi. This is typically counter to alternatives, predominantly Voice over LTE (VoLTE), in which a mobile network operator’s (MNO’s) licensed spectrum (i.e. 4G LTE) is used to carry packetized voice. Broadly speaking, VoWiFi terminology is assigned to all core IMS services accessed from unlicensed spectrum and across untrusted access infrastructures, such as public Wi-Fi access points. VoWiFi is used synonymously to describe the GSMAs permanent reference document IR.51: IMS Profile for Voice, Video and SMS over untrusted Wi-Fi access.

In general, that means VoWIFI comes into play if you have a weak signal and voice calls can be made via WIFI network.

On next page, we take a look at the settings.

Which is the best priced telco plan under S$10 ?

Which is the best priced telco plan under S$10 ?